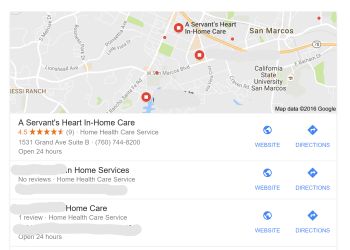 Ever since the year 2010, survey giant BrightLocal has been conducting consumer surveys to determine how consumers are actually reading and making use of online reviews. There is tremendous value to a survey like this because it helps digital marketing agencies and other businesses understand how consumers’ opinions and actions are influenced by online reviews of local businesses.

In the 2016 version of this review, more than 1,000 consumers participated in and completed the survey, and even though trends and responses have changed significantly since the survey’s 2010 introduction, it is still a highly accurate reflection of consumer opinion, regarding the value of online reviews. You probably won’t be surprised: online reviews are one critically important component in successful online marketing and SEO. Our specialist eldercare-specific online review management and marketing (“ORMM”) services generate authentic favorable online reviews from clients, client family members, referral sources, and more for those who serve the elderly and their families.

Here are the 7 most significant takeaways from that survey, and what they mean to small businesses and digital marketing agencies.

#1 – Frequency of searches for local businesses

When participants were asked if they read online reviews to determine whether a local business was good or bad, the overwhelming majority responded that they did at least occasionally read online reviews. In fact, 91% of the consumers in the survey said that, at least some of the time they read reviews of a business to get a feel for whether or not it was worthwhile, and could be trusted.

Compared to responses for the same question in years past, it was obvious that more and more consumers are reading and assessing reviews as a starting point for their own opinions of a business. Of those surveyed, only 9% responded that they do not consult online reviews for information about a local business.

Respondents who indicated that they do use online reviews were asked about how they found those reviews, and since this was a new question in the 2016 survey, there is no prior year’s data to compare it to. Only 37% of respondents said that they went directly to a review site to find appropriate reviews of a local business they were interested in, while the other 63% used a search engine to find the reviews. This means that while some surfers prefer using sites like TripAdvisor or Yelp, almost twice that number simply conducted generic searches to find their reviews.

During the 12-month survey period, 78% of survey respondents indicated that they used a desktop computer to read their online reviews, which represents a 5% increase over 2015. More than half of all survey participants used multiple devices for reading reviews, and only 18% used mobile apps to read reviews. The use of mobile apps actually dropped by 6%, most likely due to the fact that many more websites now have mobile displays which can be viewed more easily.

When asked about the kinds of businesses that they looked up reviews for, survey participants responded that the most common business types by far were restaurants or cafés, which response is in line with all prior years’ results. The second most popular type of business reviewed were hotels or bed-and-breakfast establishments, and after these two, healthcare professionals, automotive services, clothing stores, and grocery stores all received a number of mentions.

So what do consumers consider to be the most important review point about any local business? About 58% of all survey participants indicated that the single most important aspect of any online review to them was the overall star rating awarded to the local business. After the star rating, the factor that carried the most weight was the tone or sentiment of the reviewer, followed closely by how recently the review had been posted. These results are not surprising, given the fact that star ratings are placed so prominently in most reviews, and they are the very quickest way to make any kind of assessment about a local business.