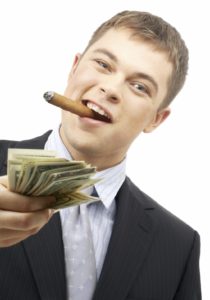 Many website owners and developers have received emails from Getty Images, demanding that they pay for having used images owned by Getty on their websites without permission. Those owners and developers have felt like they were bullied into paying for images that they either did not know were not in the public domain, or for which they can longer remember the images’ source.

“In December, documentary photographer Carol Highsmith received a letter from Getty Images accusing her of copyright infringement for featuring one of her own photographs on her own website. It demanded payment of $120. This was how Highsmith came to learn that stock photo agencies Getty and Alamy had been sending similar threat letters and charging fees to users of her images, which she had donated to the Library of Congress for use by the general public at no charge.

Now, Highsmith has filed a $1 billion copyright infringement suit against both Alamy and Getty for “gross misuse” of 18,755 of her photographs.”

Many website developers who have received these demand letters from Getty Images will be watching closely. In the comments with the quoted article, one especially telling story was this one:

“I received such a letter ($3000 for 5 photos). My attorney requested proof that Getty was the copyright holder and method of valuation, and it was dropped within 24 hours.”

This may be a very big deal. It’s not easy developing excellent home care website designs, so false claims and demands only make that hard work even harder.

Let's start talking about growing your sales and profits. END_OF_DOCUMENT_TOKEN_TO_BE_REPLACED

Serving Clients Throughout The United States of America and Canada

Claim Your Copy of our e-book

“Maximizing Your Opportunities to be Found in Online Searches“